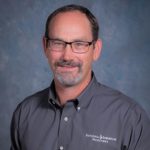 As much of the Sorghum Belt continues to pray for rain, there is a different struggle
going on in our nation’s capital. Much like drought, the struggle involved is not new, but every few years it seems to get a little more severe. That battle before us involves the reregistration of atrazine. Atrazine was first registered in 1958, so most farmers in the U.S. have never known a world without the use of this trusted, proven product. Over the last 64 years, more than 7,000 studies have been conducted on atrazine utilizing advancements in technology, equipment and methodology as science progressed. Despite these extensive research measures showing atrazine shines as an incredibly safe product, we are once again in a significant battle with the EPA, as the Agency has proposed onerous restrictions and not committed to a Scientific Advisory Panel to evaluate if the proposed changes in the reregistration process are scientifically defensible.

What are these proposed changes? Atrazine is utilized on 75 percent of U.S. sorghum acres, and the proposed rule will have drastic impacts on a large portion of those acres, significantly reducing application rates, while also requiring additional mitigations and reporting procedures. The first round of mitigations EPA included indicate you will not be able to use atrazine prior to emergence or spray it from an airplane. The list of mitigations also make little sense for the primarily flat topography and arid climate in which most of the sorghum is grown in the U.S.

Where do we go from here? As producers, the first step is for you to fill out the postcard on the front of this magazine and send it in. Every voice matters, and this issue is a matter in which we need voices in the thousands, not hundreds. As your representative in Washington, D.C., National Sorghum Producers’ first step is to continue to defend science as the basis for our regulatory process. The second is to remind EPA and lawmakers it does not make sense politically or scientifically to take away the one proven tool allowing farmers to no-till in a time where saving moisture and other precious natural resources, while also sequestering carbon and protecting the climate, is a critical platform of the Administration.

With input prices skyrocketing, it will cost farmers over $42 an acre more to control weeds without atrazine. In a survey earlier this year, nearly 80 percent of our members said they would go back to plowing if they lost the effective use of atrazine. The stakes are high for all sides on this one. Let’s hope common sense and science wins the day. Know NSP will continue to fight to keep this important tool in your toolbox, and we hope you will join us in the fight!

NSP and the 2022 Farm Bill: Saddled Up and Ready to Ride