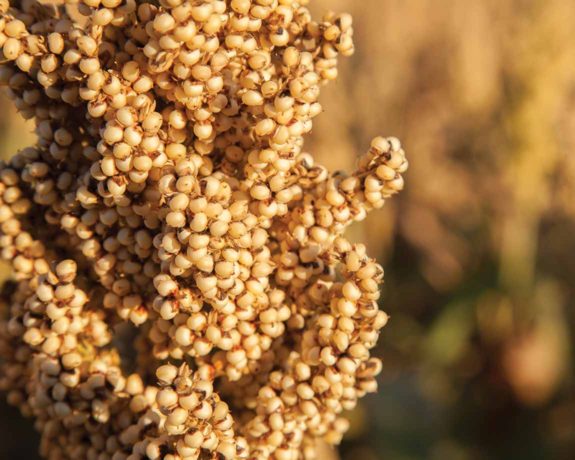 Many people who are not in the agriculture industry have never heard of sorghum or are unsure as to what it is. However, sorghum holds an important role in the lives of millions of people around the world, including yours.

Sorghum is a non-GMO, gluten free, ancient grain that is most commonly used as feed for livestock but is also a popular food grain for people residing in Asia and Africa.

Because of it’s gluten free properties, sorghum is a welcome whole grain alternative for those who deal with gluten intolerance or celiac disease.

While not as popular as corn in the United States, this makes it an important crop among resource conscious farmers who recognize its ability to produce nutritious grain with less water and fertilizer. Thus making it an important part of many sustainable farming operations.

In the United States, South America and Australia, grain sorghum has traditionally been used for livestock feed and in a growing number of ethanol plants.

Sorghum exports have represented a large portion of the U.S. sorghum marketplace over the last few years. International sorghum customers have included Mexico, China, Japan and many other countries. Sorghum is typically used for animal feed within these countries, but other opportunities in the consumer food industries as well as ethanol production are arising.

In the livestock market, sorghum is used in the poultry, beef and pork industries. Stems and foliage are used for green chop, hay, silage and pasture.

The consumer food industry is a growing marketplace for sorghum. With so many healthy benefits packed in every delicious grain, consumers are finding creative ways to use sorghum in recipes for breakfast, lunch, dinner and even snacks. Plus, sorghum grain can be cooked using a stove top, slow cooker, oven or rice cooker to add a new twist to favorite recipes. As a result, sorghum now can be found in more than 350 product lines in the U.S. alone.

A significant amount of U.S. sorghum is also exported to international markets where it is used for animal feed, ethanol, food aid and other uses. 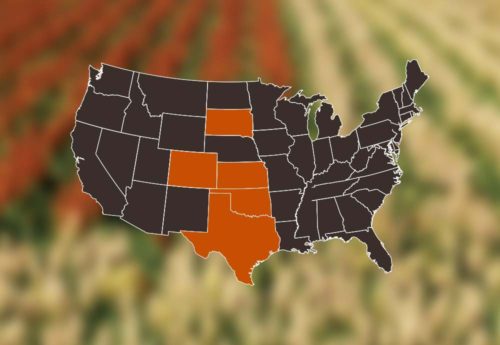 Sorghum Production in the U.S.

Sorghum farmers had another strong year in 2020, harvesting an average of 73.2 bushels per acre. Farmers planted 5.8 million acres and harvested 373 million bushels. Of the 21 sorghum-producing states, the top five in 2020 were:

The Sorghum Belt runs from South Dakota to South Texas and the crop is grown primarily on dryland acres.

Over the years, sorghum has been either exported, used in animal feed domestically or utilized in industrial and food uses. In recent years, sorghum’s use in the ethanol market has seen tremendous growth, with approximately 40 percent of domestic sorghum going to ethanol production. 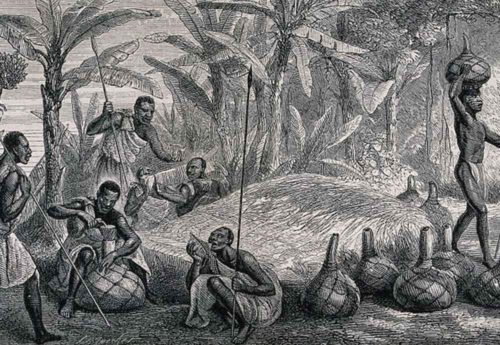 The origin and early domestication of sorghum took place in northeast Africa, and the earliest known record of sorghum comes from an archaeological dig at Nabta Playa, near the Egyptian-Sudanese border and had been dated at 8,000 B.C. It spread throughout Africa and along the way adapted to a wide range of environments from the highlands of Ethiopia to the semi-arid Sahel.

The development and spread of five different races of sorghum can, in many cases, be attributed to the movement of various tribal groups in Africa. Sorghum then spread to India and China and eventually worked its way into Australia. The first known record of sorghum in the United States comes from Ben Franklin in 1757, who wrote about its application in producing brooms.

“Because of its versatility and adaptation, “sorghum is one of the really indispensable crops” required for the survival of humankind.” – Jack Harlan, 1971

The inherent tolerance of sorghum to marginal lands and environmental conditions, its versatility as a food and feed grain, and its ability to produce high yields ensure its important role in the lives of millions of people throughout the world.