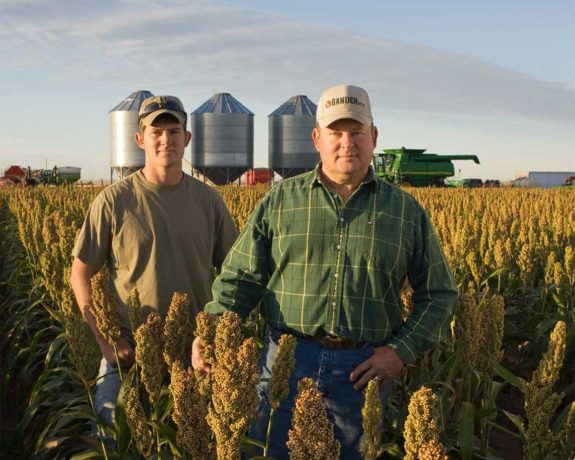 The Voice of the Sorghum Industry

National Sorghum Producers (NSP) serves as the voice of the sorghum industry from coast to coast through legislative and regulatory representation and education.

Play Video
Who We Are 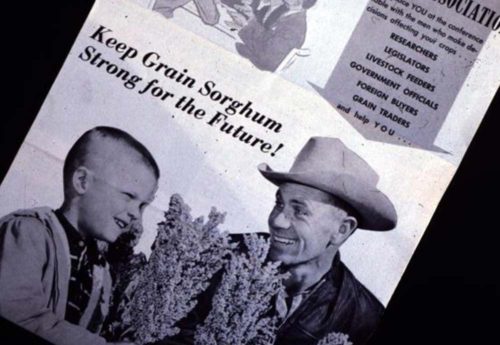 In the mid-1950s, USDA cut support levels for grain sorghum. In response, Reagan Peeler, a producer in Hereford, Texas, organized a meeting of other sorghum producers to discuss the need to work together to increase the demand for the crop and, in return, increase the price they received.

In 1955, five “men of vision” signed the original charter, including Peeler, who served as the first president, J.C. Gilbreath, Bill Lane, J.L. Jackson and Bob Francy. Their work was cut out for them: promote sorghum, educate others about the grain and influence legislation. Their goal was to make grain sorghum a major component of the domestic and international grain trade.

A few years later, these same visionaries would team with the National Corn Growers to create the U.S. Feed Grains Council, which had its first office in Amarillo, Texas. 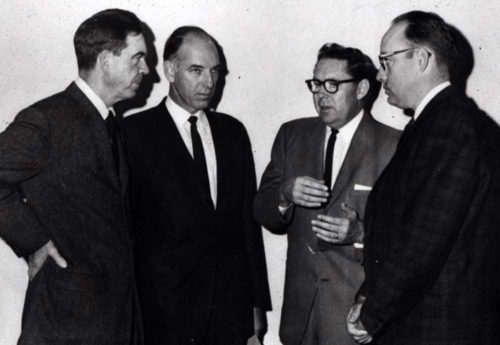 With the help of Congressmen Bob Poage and George Mahon, grain sorghum won its first victory in the 1956 Farm Bill, and, for the first time, was included in the Federal Farm Program. During the same time, grain sorghum yields doubled with the introduction of hybrid grain sorghums.

In 1957, Bill Nelson was hired as executive director. Later, he and the sorghum organization would lead the U.S. Grains Council. 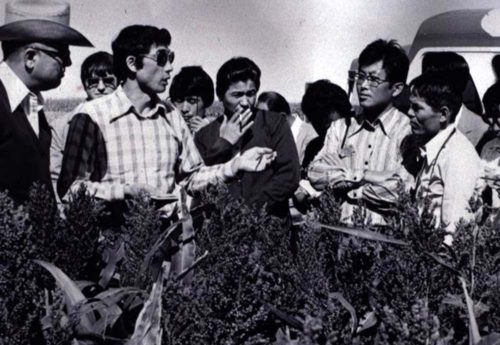 Grain sorghum producers turned their focus to developing foreign markets in the 1960s, ‘70s and ‘80s. The market development efforts in Japan and Mexico began to pay off because of work from individuals like Y.F. Snodgrass. Elbert and Clara Harp invested many hours in educating end-users around the world on the benefits of sorghum. Feeding trials took place in many different countries with many different species. 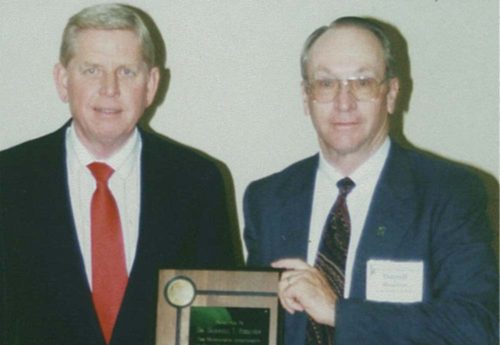 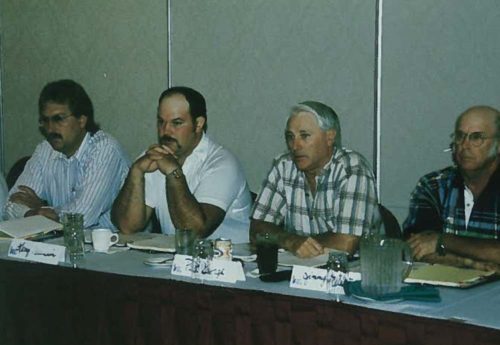 The association started working with producers to create state checkoffs in the late 1960s to fund research and market development. The first sorghum checkoff was created for a 29-county cattle feeding area in the panhandle of Texas. K.B. Parish would later prove instrumental in the creation of a state-wide Texas checkoff.

Texas, Kansas and Nebraska have been long-time partners. Oklahoma, Arkansas and Louisiana have teamed with the organization in more recent years. 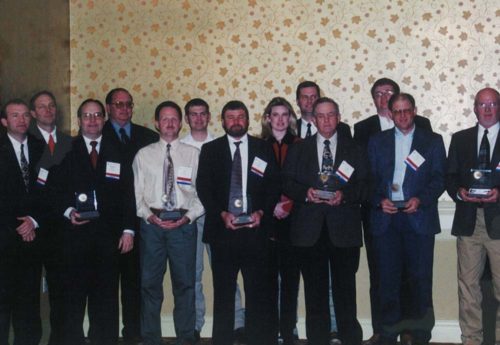 In 1985, there were more than 18 million acres of grain sorghum planted in the U.S. A yield contest was started to increase membership and educate producers on new management techniques.

Also in 1985, Congress created the Conservation Reserve Program in the farm bill. In just one year, sorghum-planted acres dropped 3 million acres, and in 1987 an additional 4 million acres were taken out of production. It became apparent grain sorghum was the primary crop to literally lose ground in the 1985 Farm Bill. 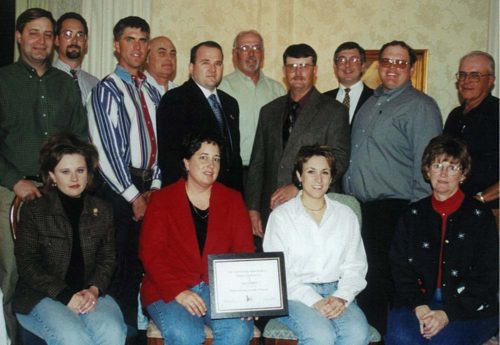 In 1987, Ciba-Geigy, which later became Syngenta, sponsored NGSP’s first leadership class. The association’s president, Mabry Foreman, played a pivotal role for producers at the Uruguay round of the GATT, general agreements on tariffs and trade. Foreman helped to secure access for markets in Spain and the current EU for producers by his own sheer determination and will. The eight-year process was completed in 1988. 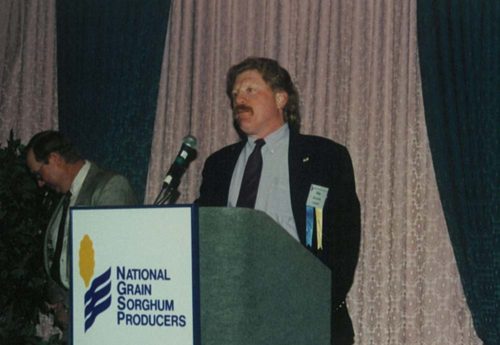 When Jack Eberspacher joined the organization in 1990, his focus was on balanced programs. The three-pronged approach included policy, plant science and utilization.

The organization grew, as did its budget, through strong producer support and the corporate partner program which was initiated in the early ‘90s. 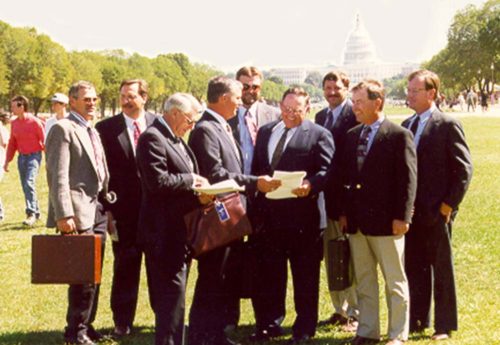 Teaming with Congressmen Charles Stenholm and Larry Combest, grain sorghum producers focused on solving pesticide issues and celebrated hard-won victories. Gary Bright, Bill Kubecka and Leo Bindel were producer-leaders in Washington, D.C., during the 1992 and ’96 Farm Bills. NGSP hired its first D.C. lobbyist, Dan Shaw, in 1993 and the organization was able to take a much more active role in important issues.

As Senator Dole stated back then, “Producers have to stand up for their rights. We encourage farmers, if they’re in the sorghum business, to belong to the Sorghum Producers because that gives them somebody to represent them.” 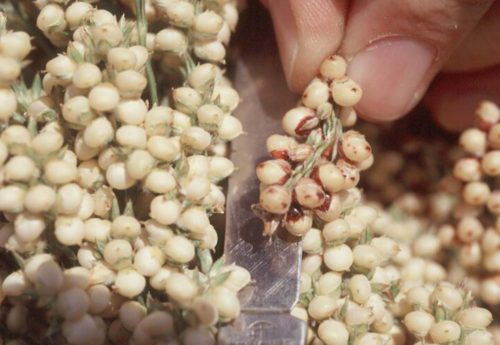 In 1996, the annual conference and the Research and Utilization Conference were brought together, joining researchers and producers together under one roof. While this provided a great forum for the formal exchange of producer needs and research accomplishments, it also provided stronger working relationships between the producers and private industry. 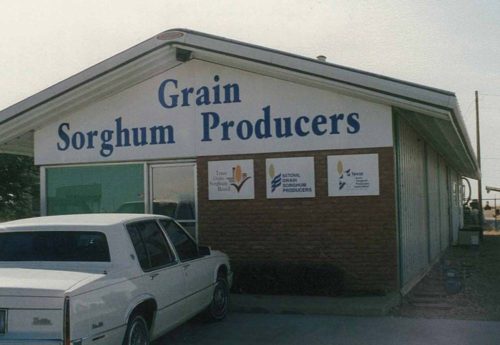 In 1998, Tim Lust became the fourth executive director for the sorghum association. After an exhaustive search and feasibility study to find the best locations for a national office, Lubbock was chosen for its central location in the Sorghum Belt, close proximity to the seed industry and office space near a commercial airport. The move to a new building in 1999 signified a major milestone, taking its image and credibility to a new level. The conference room was dedicated to Dr. Bruce Maunder, who volunteered his time and talents as NGSP research adviser for 20 years. 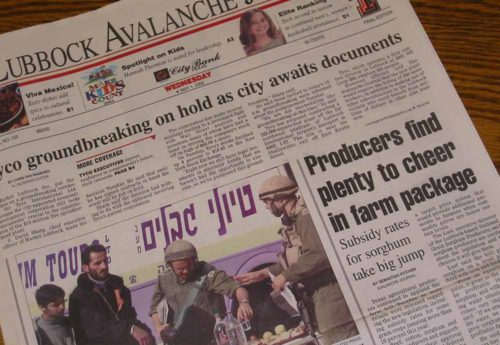 NGSP hired Cornerstone Government Affairs in April of 2001. In the last 10 years, federal funding for sorghum tripled from $2.7 million to $9 million. As the 2002 Farm Bill approached, NGSP asked its membership to vote on what was important for the future.

Surveys and testimonials clearly let NGSP know that an equal loan rate was the priority. With funding help from the seed industry, NGSP went to work on the farm bill. With water scarcity and continued drought in the Sorghum Belt, the association communicated that the crop was a good fit for the semi-arid plains by labeling grain sorghum as “the water-sipping crop.”

With help from House Ag Committee Chairman Larry Combest and ranking member Charlie Stenholm, the national loan rate for sorghum was equalized with corn in the 2002 Farm Bill. Many D.C. insiders took note of NGSP’s lobbying effectiveness. By 2005, the increase in the loan rate meant approximately $197 million to sorghum producer profitability across the U.S. The 2002 Farm Bill also signaled that U.S. farm policy would not be set in D.C. alone.

Even though a major goal in the writing of the farm bill was to make sure the bill was WTO compliant, it did not mean that other nations, such as Brazil, would not challenge American farm policy. NGSP shifted focus on the WTO Doha round of negotiations, with leaders and staff building relationships with key officials, knowing that, just as with the GATT agreement, trade agreements have the power to help or hurt a commodity.

In the early 2000s, the rapid growth of the ethanol industry in the Sorghum Belt has led to NGSP changing market priorities to support the ethanol industry’s growth and those who assisted in its growth. In 2005, Congress passed the only energy bill in 30 years. 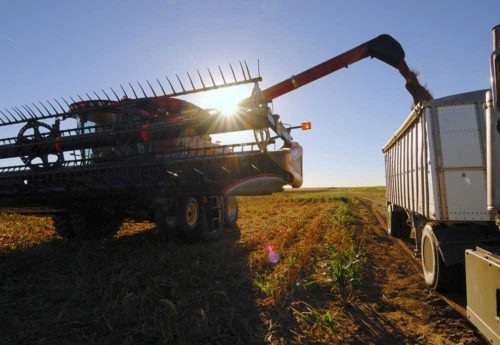 A Bright Future Ahead

Producer leaders recognized there was a gap in sorghum technology and a need to increase yield competition, which led to the start of a national checkoff program in 2008.

There were also significant policy wins in the 2008 farm bill through fixing crop insurance price elections and energy policy that were important to the sorghum ethanol sector. NSP also worked with committees through the 2014 farm bill to give sorghum producers a $3.95 reference price through the Price Loss Coverage program, which has meant an additional $858 million to sorghum producer profitability.

The organization continues to rely on strong congressional Sorghum Belt leaders to ensure the needs of sorghum producers are recognized and given equitable treatment in Washington, D.C., It is more important today than ever before for producers to have a voice in Washington.