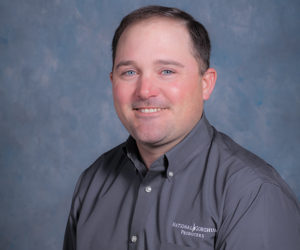 In my last chairman’s column, I began by saying how 2018 was a “wild ride” for sorghum producers, yet I had no idea how bumpy agriculture could be in 2019. This year has been a challenging time for not only sorghum producers, but for almost all farmers. From brutal blizzards and freezing temperatures this winter, to floods this spring throughout the Midwest, Mother Nature has been uncooperative at best for producers. Yet, as the saying goes, “If this way of life were easy, everyone would be doing it!”

It is safe to say amongst farmers the elephant in the room is still, and will remain, trade. Almost everything we have heard or read in ag media over the past year has revolved around trade disruptions, tariffs and the potential of new trade agreements. Whenever I get the chance to speak with a group of sorghum growers, I always remind them how much policy matters to their bottom line. Our producers profitability was affected because of trade policy. Yet, as we are all well aware, the Market Facilitation Program enacted by the Trump Administration has a very meaningful financial impact on our growers. Due to the efforts of our organization and talented staff, sorghum growers were treated very fairly within the program. Let me reiterate, policy matters!

As I write, MFP 2.0 signup has begun with county payment rates recently being announced. A quick analysis of the rates shows sorghum was once again treated well. I look forward to seeing the formulas behind 2.0, but on the surface, the program looks very fair for our growers.

Moving forward into this second half of 2019, it’s exciting to see trade talks ongoing with not only China, but also Japan. While Japan isn’t a large customer of U.S. sorghum, many of our growers who produce other commodities will benefit from a trade deal. I can only remain optimistic for the future, as I would much rather be selling sorghum for export than receiving payments.

On yet another trade front, the U.S.-Mexico-Canada Agreement (USMCA) has continued to hit roadblocks politically. I sincerely hope that after the August recess Congress can get down to business and show some real results. August will be a great time for our producers to visit with their Congressional leaders in their district. I encourage everyone to reach out to their elected officials to reinforce how impactful these trade agreements are to the farmer.

As I wrap up a full year as chairman, I have many, many reasons to be grateful. It has been the utmost pleasure to serve with a dynamic board of directors, a top-notch staff and represent a fantastic group of producers. Moving forward, I’m very optimistic for some big picture items on the horizon. Will Rogers hit the nail on the head when he said, “The farmer has to be an optimist, or he wouldn’t still be a farmer.”

Capturing the Benefits of USDA Programs

Igrowth™ Sorghum on the Horizon

What You Need to Know About Farm Bill Implementation

Sorghum Interest in the Philippines