What You Need to Know About Farm Bill Implementation 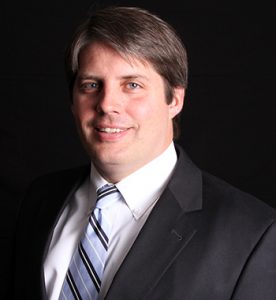 Tom Sell,  cofounder and managing partner of Combest, Sell & Associates, gives an update on National Sorghum Producer’s goals within the implementation process of the newly enacted farm bill. CSA is a firm that focuses on agricultural, food security and rural issues and represents sorghum farmers in Washington, D.C.

After passage of the 2018 Farm Bill last December, ongoing efforts to pass the new United States-Mexico-Canada Agreement (USMCA) and resolve trade disputes with China along with authorization of several rounds of trade mitigation and disaster aid have made it easy to lose sight of the fact the newly enacted farm bill must still be implemented.

Throughout the farm bill debate, National Sorghum Producers had some key objectives in mind, and we thought we’d update you on where those goals are in the implementation process now that they are securely part of the law.

Not much has been announced publicly by the U.S. Department of Agriculture (USDA) yet, but the Department has indicated a new Price Loss Coverage (PLC) and Agriculture Risk Coverage (ARC) election that will apply to the 2019 and 2020 crop years will begin this September with the PLC option entailing an opportunity to update yields.

This update (based on 2013-2017 yields) is important to farmers who may have passed up the last opportunity under the 2014 Farm Bill because that update would have meant using D-4 drought yields (from 2009-2013) for purposes of calculating PLC payments.

Other PLC and ARC components include a trend yield adjustment for ARC revenue guarantees, which may make ARC a viable option to at least look at, and reference prices for PLC that can float up (but cannot fall below the minimum established in law) based on the 5-year olympic average of market prices.

And, you cannot read the new conservation title without reading the words, “resource conserving crop rotation,” which signifies the priority placed on crops like water-sipping sorghum under overhauled conservation initiatives. USDA’s National Resources Conservation Service (NRCS) is working on a new rule to implement the farm bill changes that will be published in the fall to govern the 2020 application process, but from all indications this rule will push more authority out to the state and local levels. This is where NSP and state sorghum staff have been engaging NRCS staff to ensure program objectives eyed by Congress are met.

We’ve also been keeping a very close watch on the implementation of changes to Section 9005, the Bioenergy Program for Advanced Biofuels. Congress was adamant all crops that contribute toward the energy independence of our country deserve an equitable opportunity to participate in this program aimed at next generation biofuels production. We feel confident sorghum will now have a full seat at the table under the new rules that are being written to meet this prudent mandate from Congress.

And, finally, we are excited about efforts by the Risk Management Agency to carry out the Congressional mandate to get to the bottom of why sorghum premium rates under crop insurance are so high relative to the risks involved. These higher premiums skew farmer decisions in favor of lower, more affordable coverage levels, which ultimately works against the farmer and the taxpayer who both have a strong, strong interest in promoting crop insurance — where the farmer writes the check for his coverage — and discouraging the need for costly ad hoc disaster aid. This important work is underway.

So, there is a lot going on in the way of farm bill implementation even as all eyes have been on trade, the Market Facilitation Program, and supplemental disaster aid.

We’re keeping an eye on things, and we’ll be sure to keep you posted.

This story originally appeared in the Summer 2019 Issue of Sorghum Grower magazine as a feature article.