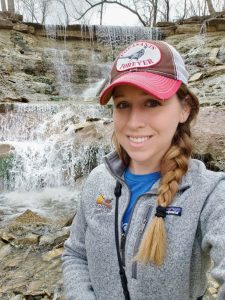 For Brittany Smith, natural spaces have been a defining part of her life for as long as she can remember. Coupled with her experiences growing up on the farm, she recognized early on where agriculture and ecosystems could thrive side-by-side.

“I got to be that kid who was outside on the farm from morning until night,” Smith said.

She looks back on her child-hood in west-central Minnesota with great fondness and credits it for playing a key role in shaping her future career path.

Smith was recently hired by Pheasants Forever & Quail Forever (PF&QF) as the new Precision Ag & Conservation Specialist to help expand and enhance technical support offered to growers in a key sorghum production area in western and west-central Kansas. The effort comes as a key component of a new partnership between PF&QF and the United Sorghum Checkoff Program. Smith’s background makes her especially well-suited to the role where she will be working to bridge the common goals between agriculture and conservation.

Smith spent most of her summers as a child on the family dairy farm, which was nestled among countless wet-lands across the landscape. She passed the days sitting at the water’s edge catching frogs, snakes and salamanders and learning the names of all of the local wildlife. She listened to her grandparents talk about how the ecosystems had changed over the years and began to make her own observations about shifting bird populations and patterns.

“I remember the changes in the bird community,” she said, citing specific appearances of new species in the area.

Those experiences made a big impact on Smith. When she headed to college at North Dakota State University, she pursued a bachelor’s degree in fisheries and wildlife and then went on to complete a master’s degree in natural resources management. From there, she went straight to work in wet-lands with a private company before joining the USDA Natural Resources Conservation Service (NRCS) in Nebraska. What she was missing, however, was the close contact with growers, who she knew were acutely in tune with the state of local ecosystems. After all, their livelihoods depend on it.

“Farmers are so observant,” she said. “They are people who work the land and are there-fore very tied into the natural rhythms and things that are going on.”

That desire to get back to farms and working lands led her to join PF&QF in 2018 as a field biologist in Colby, Kansas. From there, she relocated to Pratt, Kansas, before being hired as Precision Ag & Conservation Specialist in June 2021. Her time in the conservation space as allowed her to build a considerable network of partners, including non-governmental organizations (NGOs), state agencies, federal agencies, farmers, landowners and other PF&QF chapters and resources.

In her new role, Smith will work one-on-one with growers to help them identify strategic opportunities for the implementation of conservation practices in a way that contributes to the farm’s environmental sustain-ability, while also improving the operation’s profitability and bot-tom line. To her, this approach is key to identifying win-win solutions, and the analytical tools offered by precision agriculture are a great way to achieve that.

“I remember when I was working as a wetland person, the best way to show the benefits of a wetland program was to talk about return on investment and profitability, because wetlands just aren’t profitable to farm,” she said. “This pro-gram is a great way to be able to address both the needs of our producers and our landscapes. We are addressing the financial aspects, but doing so in a way that also benefits the landscape.”

Smith has spent her first months in her new role becoming better oriented with the defined target production region and working with partner-ship team members from both PF&QF and the Sorghum Check-off to fully align her work with partnership priorities. She will begin working with farmers later this summer with conservation programs aimed at western Kansas sorghum producers.

“Ideally, a year from now, I want to feel like we have a good network of producers that I’ve been working with,” she said. “I want to know that we have been helping them enroll in programs that contribute to their farm’s profitability and have been getting to know their operations to identify where the opportunities are. That’s what we’re wanting to get started here.” 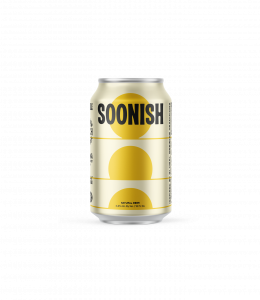 Launched in June 2021, Soonish – Natural Beer, is aiming to diversify the traditional beer market. Founders Chip Welsh and Greg Maiatico desired to create a beverage that reflects beer traits while having the digestive benefits of natural ingredients.

One of Sorghum Checkoff’s goals is to break into emerging domestic markets and diversify sorghum use in existing markets. Sorghum was selected by Soonish as one of the product’s primary ingredients because of its gluten-free and all-natural value-added traits.

Soonish Head Brewmaster Jon Carpenter was introduced to unique, globally brewed beverages traditionally made with sorghum by one of their brew advisers, Sam “Chewy” Chawinga. Carpenter, Welsh and Maiatico realized it would pair well with the beer’s previously selected ingredients.

The team dove into investigating sorghum including its sustainability metrics, impact on the environment and natural biological traits. After researching sorghum’s protein levels, and starch and sugar content, the team concluded the product would ferment well, and, sorghum was added to their innovative ingredient list in addition to millet, banana and honey.

“The Soonish brand is dedicated to developing a naturally ‘better-for-you’ option that has minimal impact on the environment,” Carpenter said. “All of our ingredients are naturally grown and environmentally favorable. Sorghum is a responsible, drought-tolerant grain.”

Carpenter said the benefits of sorghum offers as an environmentally sustainable ingredient allow Soonish to create a product that aligns with their personal values. Sorghum’s drought and heat tolerance are perfectly in line with he goals Carpenter has for their beer and is an important purchasing factor for their target market.

To capitalize on the market of gluten-free or gluten-intolerant individuals, Soonish and other brands have been utilizing sorghum to maintain a product with the nutritional benefits of grain without including gluten. Carpenter said using sorghum in their mixture allowed them to reflect on “old world” brewing strategies with Soonish was a beneficial and a crucial element of their ingredient list.

“It was simple one of the best heritage grains that resonated with our team as we were developing Soonish with heritage brewing techniques as an inspiration,” Carpenter said.

While the initial decision was based on sorghum’s nutritional and environmental benefits, sustainability and heritage grain title, the final call was based on taste.

“In the end what made sorghum a primary ingredient in our final recipe was the fact that it tasted great,” Carpenter said.

Due to the high level of fermentability and robust flavors that will come with these ingredients, Soonish can also have a very light and relatively low carb (<100 calories/6.2g carbs) natural beer that is gluten free as well.

“We tested a plethora of grains but always came back to sorghum,” Carpenter said.

To learn more about Soonish and their spotlight on sorghum as a key ingredient, visit SipSoonish.com 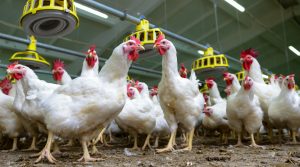 Despite the large volumes of feed required to support the industry, grain sorghum provides a limited fraction of the cereal grains currently used in the production of poultry feeds with a market value over $200 billion each year, but there is opportunity to use more.

Throughout the regional development program, the United Sorghum Checkoff board of directors initiated a project in 2018 targeting sorghum as a feedstuff for broilers and gamebirds in the southeast. The project led by, Mirelle Agulles-Ramos, PH.D., from the Animal and Veterinary Sciences Department in South Carolina, was initially delayed as a results of the COVID-19 pandemic, but the project is now coming to a close and the Sorghum Checkoff looks forward to reviewing the final project report. According to Clemson University, preliminary data suggests modern grain sorghum types showed potential for replacing corn at complete substitution in broiler diet formulation without negatively affecting performance.  New feed trial data will be used by staff to extract and develop marketing products for distribution to targeted end-users from the global poultry and feedstuffs industry.

As a subsequent study to this poultry nutrition project, the Sorghum Checkoff board of directors invested in a poultry layer nutrition project studying the effects of replacing corn with sorghum in laying hen diets by observing their performance, behavior and welfare. The project is being led by Clemson Animal and Veterinary Sciences Department Professor Ahmed Ali, Ph.D., and a subject-matter expert from the University of Georgia’s Department of Poultry Science will also contribute as an investigator. The intent of this project is to address key data gaps associated with the use of sorghum in laying hen diets and to compare sorghum in place of corn as the primary ingredient representing the cereal grain fraction in diet formulations. The layer nutrition project will utilize 700 commercial laying hens that will receive diets containing 50 percent sorghum in the grain fraction of the ration.

Canthaxanthin pigment supplementation will be added to the sorghum based diets to add color to the egg yolk to provide similar consumer visual appeal as diets containing corn. Hens will be distributed to represent each daily diet to evaluate parameters that include feed intake and hen behavior using observations pertaining to feeding times, foraging and feather pecking for each respective hen. Hen welfare will be randomly assessed to evaluate basic physical health and well-being using a modified version of the Welfare Quality® scoring system.

This newsletter originally appeared in the Summer 2021 Issue of Sorghum Grower magazine.