Foliar Fungicide Use in Sorghum

While sorghum has proved tolerance against most foliar diseases, sorghum farmers in wet, humid conditions may consider treating with foliar fungicide.

One reason sorghum is a popular crop in the central U.S. is it has fewer foliar disease problems compared to most crops. Dry climates tend to inhibit many of the diseases that can potentially be a problem, but in regions of the U.S. where wet, humid conditions are prevalent, foliar fungicide applications may benefit sorghum farmers.

An excellent study examining the effectiveness of fungicides and their application timing took place in Virginia and North Carolina where eight trials were con­ducted in 2015, 2016 and 2017 (see figure 1). 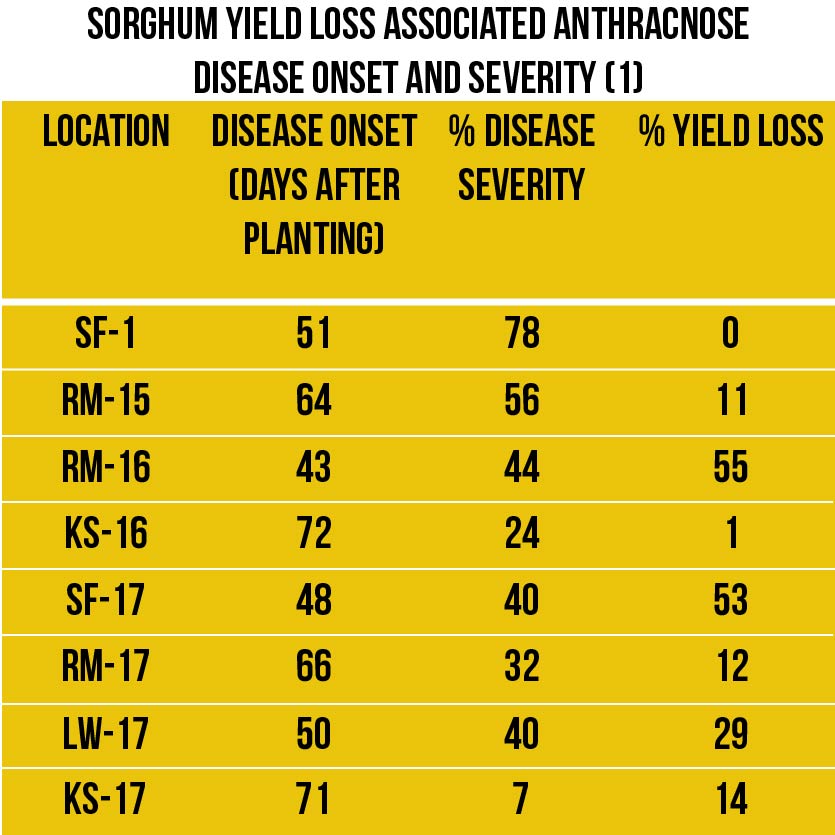 Anthracnose severity and onset of the disease varied with location. Yield was significantly improved with fun­gicide applications at three locations (RM-16, SF-17 and LW-17) and improved the economic return at six of the eight sites. How early the onset of anthracnose occurred had a greater effect on yield loss than the severity of the disease when rated at the end of the season.

Of the five fungicides tested in this trial, Headline (pyraclostrobin) and Priaxor (pyraclostrobin + fluxapy­roxad) provided the best anthracnose control followed by Quadris (azoxystrobin).

Foliar fungicides should only be applied to sorghum when the onset of foliar disease occurs before flowering and wet, humid weather is anticipated that will cause the disease to flourish. Fungicide should be applied between the boot and early flowering stages.

Another area where fungicides can be beneficial is reducing lodging that can occur prior to harvest. Lodg­ing often occurs when green leaf tissue is lost to foliar diseases causing the plant to cannibalize the stalk to support grain fill. By protecting the leaves, photosynthe­sis can provide the needed resources for grain fill while maintaining stalk integrity.

Keep in mind that unlike insecticides and herbicides that kill insects and weeds, most fungicides only inhibit the spread of fungi by slowing their growth and repro­duction. Growers in regions with environments that are favorable for anthracnose and other foliar diseases should first consider planting resistant hybrids and then follow with timely fungicide application as needed.

This story originally appeared in the Summer 2020 Issue of Sorghum Grower magazine in the From the Field department.