Sprouted sorghum makes its break into the mainstream market.

Sprouted grains are not a foreign concept for modern consumers. For years, nutritionists have been tapping into the hidden value they offer, and now, the secret is out—sprouted sorghum is a modern-day super food with benefits for both sorghum farmers and consumers.

If you farm in the eastern half of the U.S. and have experienced excessive rainfall in sorghum at the wrong time, you probably already get the idea of what sprouted sorghum looks like. If not, picture something resembling a bean sprout. While any type of sorghum can technically sprout, white, cream and red varieties are most commonly used for human consumption.

Sprouted sorghum also provides farmers a unique opportunity to take advantage of the associated premiums. Tapping into this niche market can fetch farmers up to a 50 percent increase in price per bushel. 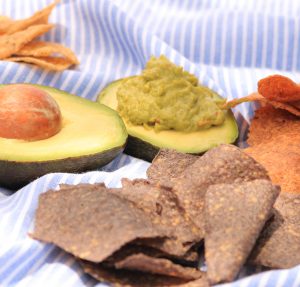 “We’ve always just been farmers,” Crownover said. “Food service and retail is new for us but we saw an oppor­tunity to expand our operation, and we felt like sprouted sorghum was the way to go.”

Anthony said they source sorghum from their own sor­ghum fields in the Texas Panhandle, and it is then shipped to Custom Ingredients, a processing partner, to be sprouted.

James Curry is the founder of Custom Ingredients and said the process of sprouting sorghum is fairly simple. After harvesting the grain, it is rinsed, sterilized to rid it of surface bacteria, soaked in water for 12 hours and then placed in sprouting chambers for 24-48 hours.

Once the sorghum sprouts, it is served as a whole grain or put into grinders to get the desired size, texture and visual appeal to be used in products such as tortilla chips, croutons, taco shells, pretzels and much more.

Curry said sprouted sorghum has a great flavor profile because certain starch molecules are transformed into maltose when activating enzymes in the sprouting process.

Companies and restaurants such as Xochitl, Gold Emblem Abound, H-E-B, CVS Pharmacy and Tito’s Burritos have all produced or sold products with sprouted sorghum as an ingredient. Sprouted sorghum appeals to the modern consumer market because it is gluten-free and has many nutritional benefits.

Curry said sprouted sorghum improves digestive health, is loaded with vitamins and minerals and is an excellent source of protein for gluten-sensitive diets. It also contains antioxidants and polyphenols that are great for reducing stress and improving cholesterol, blood sugar and blood pressure.

There is opportunity for sorghum producers, nutri­tionists and consumers to continue to unveil the financial and nutritional benefits of sprouted sorghum, and it is poised to hit the main-stream market.

“In terms of versatility, nutritional benefits and eye appeal, I think sprouted sorghum is the best,” Curry said. “It is just a matter of getting the word out there.”

This story originally appeared in the Summer 2020 Issue of Sorghum Grower magazine in the Serving Up Sorghum department.