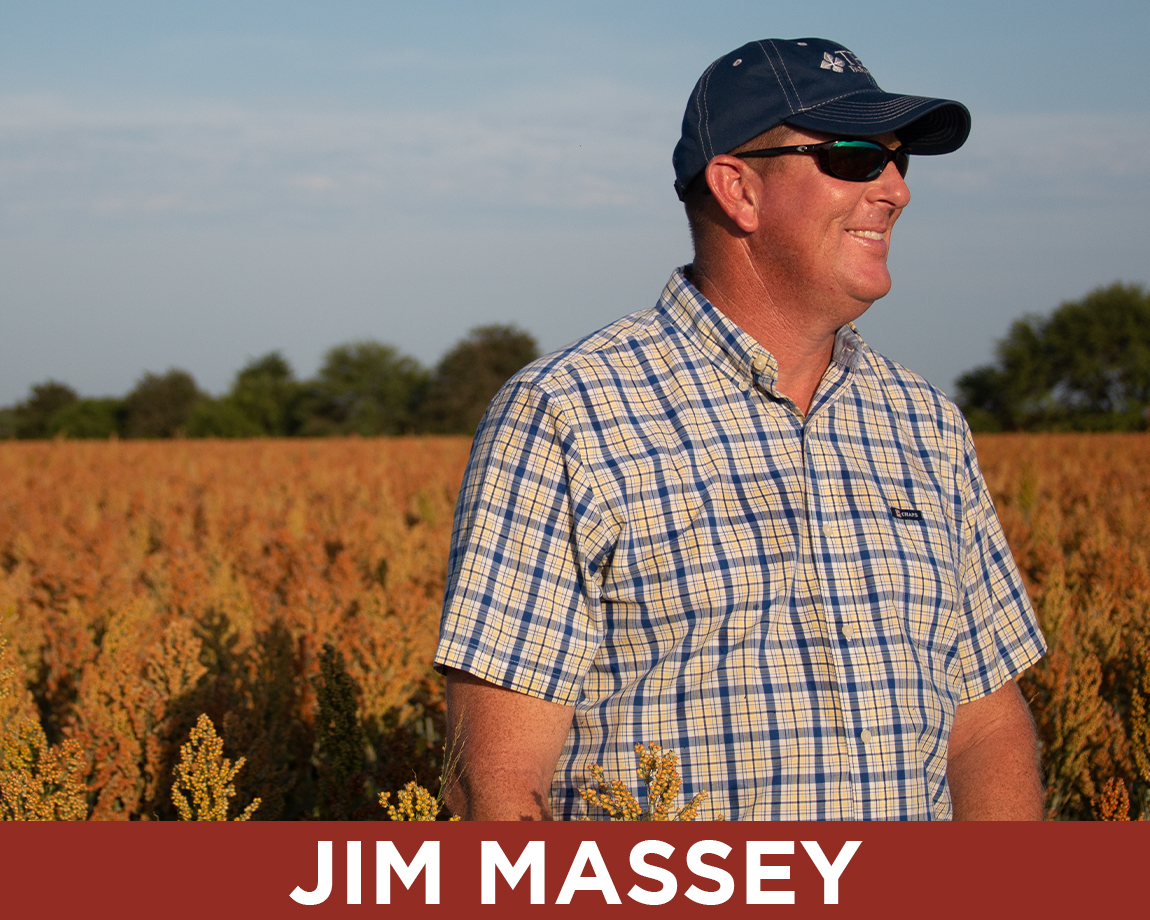 “I know I have large shoes to fill coming in behind Charles Ray,” Massey said, “but I’m excited to help fulfill the U.S. Grains Council’s mission as a member of the board.” 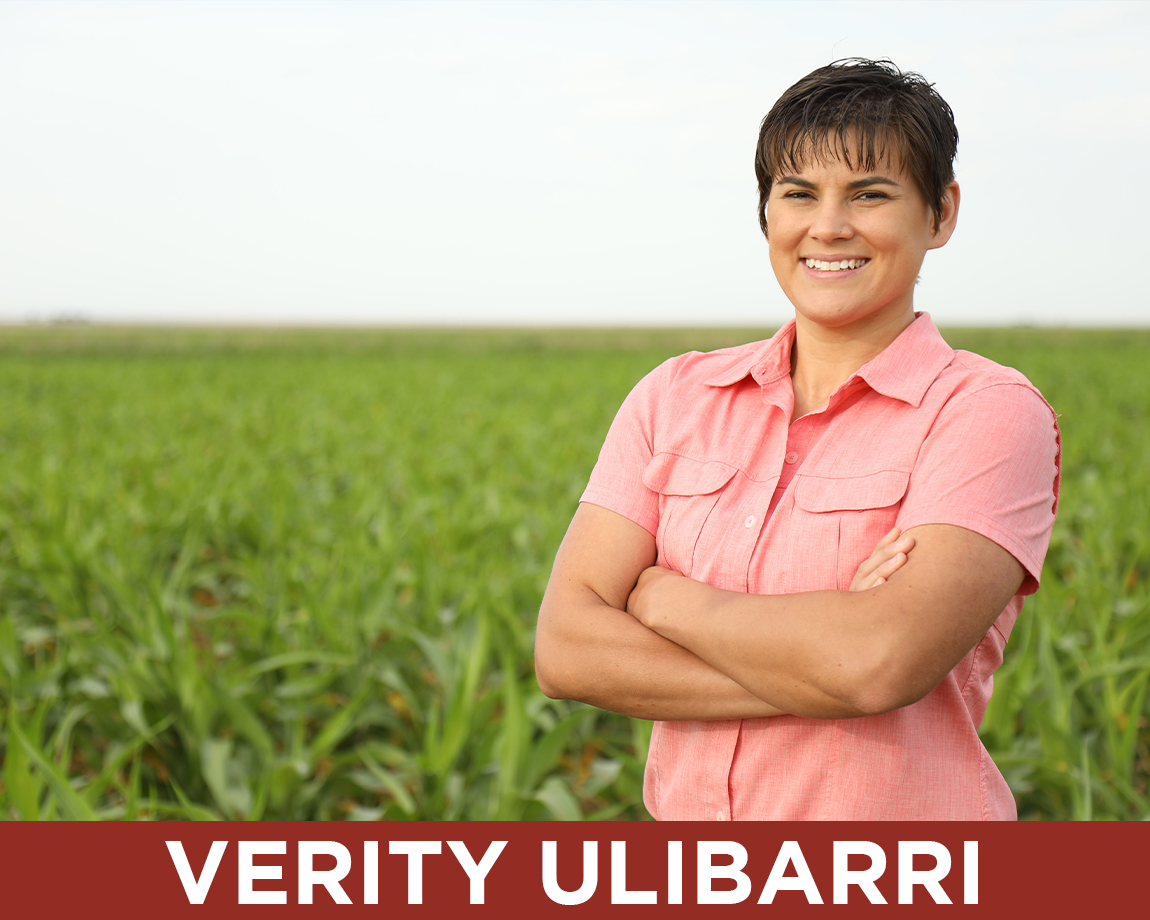 Sorghum Checkoff Past Chairwoman Verity Ulibarri from Melrose, New Mexico, was also recently elected to serve as an at-large board director for the U.S. Grains Council. A culmination of Ulibarri’s experience throughout the agriculture industry will provide a unique perspective as she advocates on behalf of U.S. sorghum farmers.

“I believe my experience with the checkoff gives me a good perspective to come onto the [U.S. Grains Council] board and continue working to give diverse opinions and ideas on how we  can best help U.S. farmers and the industry,” Ulibarri said.

Sorghum Checkoff board member Charles Ray Huddleston from Celina, Texas, recently stepped down as the Sorghum Sector Director for the U.S. Grains Council board after two terms. Huddleston’s leadership has been invaluable to both the checkoff and sorghum industry.

“I want to thank Texas Sorghum and the Sorghum Checkoff for the opportunity to serve on the U.S. Grains Council board,” Huddleston said. “It was an extremely rewarding experience working with talented individuals that I will cherish forever.”

“We are thankful to have sorghum advocates at the state, federal and global level that push our industry in the right direction by supporting market development facilitated by the U.S. Grains Council,” Sorghum Checkoff Executive Director Florentino Lopez said. “The efforts of Charles Ray, Jim and Verity do not go unnoticed or unappreciated, and sorghum farmers can find comfort knowing their interests are being looked out for on the international stage.”

The U.S. Department of Agriculture (USDA) recently announced the appointment of five members to serve on the United Sorghum Checkoff Program board of directors. All five appointees will serve a three-year term starting December 2020 and ending December 2023.

The 13-member board is authorized by the Commodity Promotion, Research, and Information Act of 1996. The Secretary selected the appointees from sorghum producers nominated by certified producer organizations or qualified state organizations.

Klint Stewart was re-appointed to the board and will fill an at-large position. Klint and his wife Cindi live in Co-lumbus, Nebraska, and farm in counties north of there where they grow sorghum along with other crops and 160 certified organic acres. He also runs a cow-calf operation and an antibiotic-free hog operation. Stewart serves on the Nebraska Grain Sorghum Board and the music ministries in his church.

Ethan Miller, a sixth-generation farmer and rancher from Columbia, Missouri, fills the second at-large seat. Miller uses sorghum as a rotation crop with wheat and soybeans and as a cover crop and forage for his sheep and cattle. Miller is the District Manager for the Boone County Soil and Water Conservation District, serves as a committee member for the Missouri Sheep and Goat Conference and is a graduate of Leadership Sorghum Class III.

James Haase from Eads, Colorado, was re-appointed to an at-large seat. Haase farms sorghum, hard red winter wheat and corn on a three-year rotation with his wife and in-laws. In addition to his farm-land, Haase oversees 4,500 acres of native rangeland and a cow-calf operation.

Shayne Suppes was re-appointed to a Kansas seat. He farms with his dad and extended family in Scott City, Kansas. The Suppes family uses a two-out-of-three-year crop rotation on their 13,000-acre, non-irrigated and mostly no-till operation. Sorghum plays a key role in the operation, and they also grow white wheat and sell certified white wheat seed.

Charles Huddleston, re-appointed, fills the Texas board seat. Huddleston grew his first sorghum crop as a 4-H project in 1964 when he was eight-years-old. Huddleston, his wife, Sherry, and their son, Seth, continue the family tradition of growing sorghum, corn and wheat near Celina, Texas. He serves on the Texas Grain Sorghum Producers board and the Collin County Farm Bureau board of directors.

Market development and expansion is an integral component of the United Sorghum Checkoff Program’s strategic plan. Both at home and internationally, the Sorghum Checkoff works to identify and strengthen markets that bring value to sorghum farmers.

It is no secret a vast majority of domestic grain is ex-ported internationally. With 80 percent of American sorghum being exported globally—80 percent of exports going to China—and strengthened basis as a result, it is easy to get caught up on weekly commitments and grain shipments.

While exciting things continue to happen on the inter-national side, the Sorghum Checkoff has also identified similarly exciting high-value domestic markets.

Sorghum has made a big splash in the consumer food space, capturing the attention of KIND® Cereal and several nutritionally focused snack brands, like Ka-Pop!® Snacks. The nutritional profile, culinary applications and versatility sorghum brings to the table make the grain an exciting product to track in value-added food markets.

Sorghum continues to excel in more traditional American marketplaces, as well. Animal nutritionists are including sorghum in feed formulations more often as research is published about the crop’s nutritional value. Pet foods and aquaculture are becoming traditional markets utilizing sorghum as an ingredient.

Sorghum is well-positioned to leverage consumer opinion toward its sustainable attributes and efficiencies in the biofuel space. Sustainability and cleaner sources of power are gaining traction, and sorghum is the perfect crop to satisfy producers, manufacturers and consumers. The checkoff is excited about the possibilities of market expansion and ready to meet the demands—by quantity and quality—of both international and domestic customers. At the Sorghum Checkoff, we know markets matter.

This story originally appeared in the Summer 2020 Issue of Sorghum Grower magazine in the Checkoff Newsletter department.