Grain sorghum stover left standing after harvest provides ground cover during the winter and also serves as an inexpensive source of forage for cattle to graze.

Approximately 50-60 percent of the plant dry matter of grain sorghum remains in the field after harvest. As a rule of thumb for estimating the amount of forage available, simply multiply the number of grain bushels harvested by 60. For example, a grain sorghum yield of 80 bushels per acre would leave approximately 4,800 pounds of stover in the field (80 bu/A x 60 = 4,800 lbs.).

The stover value of grain sorghum and corn are similar, although stalks of sorghum typically are taller than corn following harvest. This height difference allows for better utilization of the sorghum stalks and leaves, especially in regions where deep snow may accumulate for several days.

On average, sorghum stover contains 7.5 percent crude protein with total digestible nutrients (TDN) of 65 percent. The highest quality of stover occurs immediately following grain harvest and gradually decreases because cattle consume the best forage first and the stover degrades over time. The energy and protein levels of sorghum stover are nutritious for cows in mid gestation to late gestation, though supplements may be needed for heifers in late gestation. In a sorghum grazing study conducted by the University of Nebraska, steers consuming grain sorghum stover gained an average of 1.32 pounds per day over a 65-day grazing period.

Severe plant damage caused by sugarcane aphids can lower sorghum stover quality. However, a Texas A&M University study showed that even heavily damaged sorghum still had a TDN value of 60. According to Ted McCollum, Ph.D., former Texas A&M beef cattle nutritionist, this TDN value is more than adequate for beef cows in late gestation and early lactation. The sooty mold on the leaves that often accompanies sorghum heavily infested with sugarcane aphids may occasionally cause palatability issues, but it is not toxic to cattle.

Trials conducted in Nebraska showed no negative effects on corn or soybean yields following grazing of stalks—even in no-till or ridge-till systems. The top 0-3 inches of soil may have somewhat more compaction, leading to a slightly reduced water infiltration rate compared to ungrazed areas. To avoid compaction issues, growers should not allow cattle to graze stalks in the late spring when conditions may be muddy.

Growers may have some concerns over the loss of organic matter and nutrients consumed by cattle that would otherwise remain on the field. However, most of the nutrients are returned to the soil in the form of manure, and only between 10 and 12 percent of the organic matter potentially is lost. Normally, grazing removes less than 50 percent of the stover while the remaining crop residue is left on the field for erosion control.

Another concern of sorghum stover grazing is prussic acid. If grain sorghum is harvested prior to a killing freeze, or if glyphosate was not used to kill the plant, any new growth can potentially contain high amounts of prussic acid. Cattle should be kept out of these fields until a hard freeze has killed the new growth. Growers should wait 5-7 days after a killing freeze before allowing cattle into the sorghum field to provide sufficient time for the prussic acid to dissipate. A more thorough discussion on prussic acid can be found on the Sorghum Checkoff website—www.SorghumCheckoff.com.

The 13-member board is authorized by the Commodity Promotion, Research, and Information Act of 1996. The Secretary selected the appointees from sorghum producers nominated by certified producer organizations or qualified state organizations.On August 28, U.S. Department of Agriculture Secretary Sonny Perdue appointed five individuals to serve three-year terms on the United Sorghum Checkoff Program (USCP) board of directors.

Kent Martin from Carmen, Oklahoma, was re-appointed to the board, and newly appointed directors include James Haase from Eads, Colorado, Jeffry Zortman from Fowler, Kansas, Kendall Hodgson from Little River, Kansas, and Joshua Birdwell from Malone, Texas. 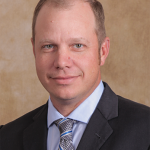 Kent Martin, re-appointed to an at-large seat, is a sixth-generation farmer and rancher from Alva, Oklahoma. He grows grain and forage sorghum, wheat, rye and cowpeas while managing an Angus cow-calf operation with his wife, Konya, and his two children. Martin also owns and operates a consulting business, Martin Agronomic and Environmental Consulting, LLC, that conducts unique international contract research, provides agronomic legal support and consults on soil contamination and remediation. Martin serves on the Oklahoma Sorghum Association board of directors and was also a member of Leadership Sorghum Class II.

James Haase (not pictured) will fill the second at-large seat. After moving to Colorado in 1998 to work as a utility lineman, Haase began farming full time in 2015. Haase farms sorghum, hard red winter wheat and corn on a three-year rotation with his wife and in-laws. On top of his farmland, Haase oversees 4,500 acres of native rangeland and a cow-calf operation. 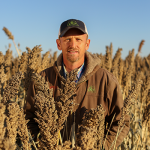 Jeffry Zortman is one of the two newly appointed Kansas board members. Zortman grows dryland and limited-irrigation sorghum with his father. In addition to farming, Zortman is developing and marketing a software called iTrack. In his spare time, Zortman volunteers as Fowler Friends Church’s treasurer, Bible quiz coach and the technology and sound director. 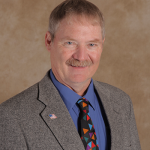 Kendall Hodgson grows sorghum, wheat, alfalfa, soybeans, corn and cotton with his wife Melinda and their son on their 100 percent no-till operation. Hodgson also manages a cow-calf and backgrounding herd. He is a long time advocate of the agriculture industry, serving as the President of the Kansas Association of Wheat Growers Board in 2006 and on the National Sorghum Producers Board from 2012-2018. 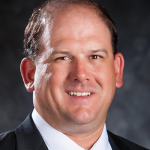 Joshua Birdwell fills the Texas board seat. Birdwell farms sorghum, corn, cotton and wheat with his grandfather in Malone, Texas, where he resides with his wife Brandi and their three children. In addition to the 7,000 acres of row crops, Birdwell also manages a cow-calf operation, hay business and a small trucking company. He was also a member of Leadership Sorghum Class II.

The newly appointed directors will be sworn in at the Winter 2019 Sorghum Checkoff board meeting, and together with the returning board members will work with Team Sorghum to create opportunity and direct positive change in the sorghum industry.

The Sorghum Checkoff welcomes these new board members and looks forward to seeing the fresh perspective they will bring to the board to positively impact the sorghum industry.

Three Sorghum Checkoff Board of Directors Complete Their Terms

The United Sorghum Checkoff Program’s Winter 2019 board meeting will mark the end of six years of service for board directors Daniel Krienke, Clayton Short and Martin Kerschen. 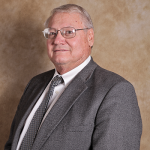 Krienke is a third-generation farmer who grows sorghum, wheat and corn on 7,000 acres of dryland and irrigated land. He farms in Ochiltree County, Texas, where his sorghum is sold primarily to Seaboard Farms in Perryton for swine feeding. Krienke previously served on the Texas Grain Sorghum Association and National Sorghum Producers board of directors. 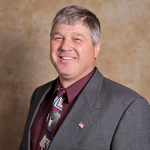 Short farms 2,000 acres of sorghum, soybeans and wheat  with his family in Saline County, Kansas. He is active within the sorghum industry, serving not only as a Sorghum Checkoff board member but also in many capacities for Kansas Grain Sorghum for more than a decade. Short currently grows sorghum for several specialty markets, including malt sorghum for Bard’s™ Beer. 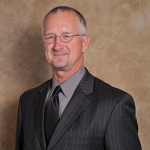 On Kerschen’s operation in Garden Plain, Kansas, he grows sorghum, wheat and soybeans using a mixture of conventional, reduced and notill methods. He believes good profits, workload spread and drought tolerance make sorghum the perfect addition to his crop rotation. In 2016, Kerschen traveled to China with a delegation of Kansas sorghum producers to promote coarse grains and assess market trends.

The Sorghum Checkoff would like to thank Krienke, Short and Kerschen for their years of commitment and hard work in the sorghum industry.

“These individuals have all been instrumental in leading the strategic direction of the sorghum industry on behalf of fellow sorghum growers,” said Sorghum Checkoff Executive Director Florentino Lopez. “Their example of leadership will continue to generate results into the future.”

These stories originally appeared in the Summer 2019 Issue of Sorghum Grower magazine as a paid advertisement in the form of the Sorghum Checkoff Newsletter.